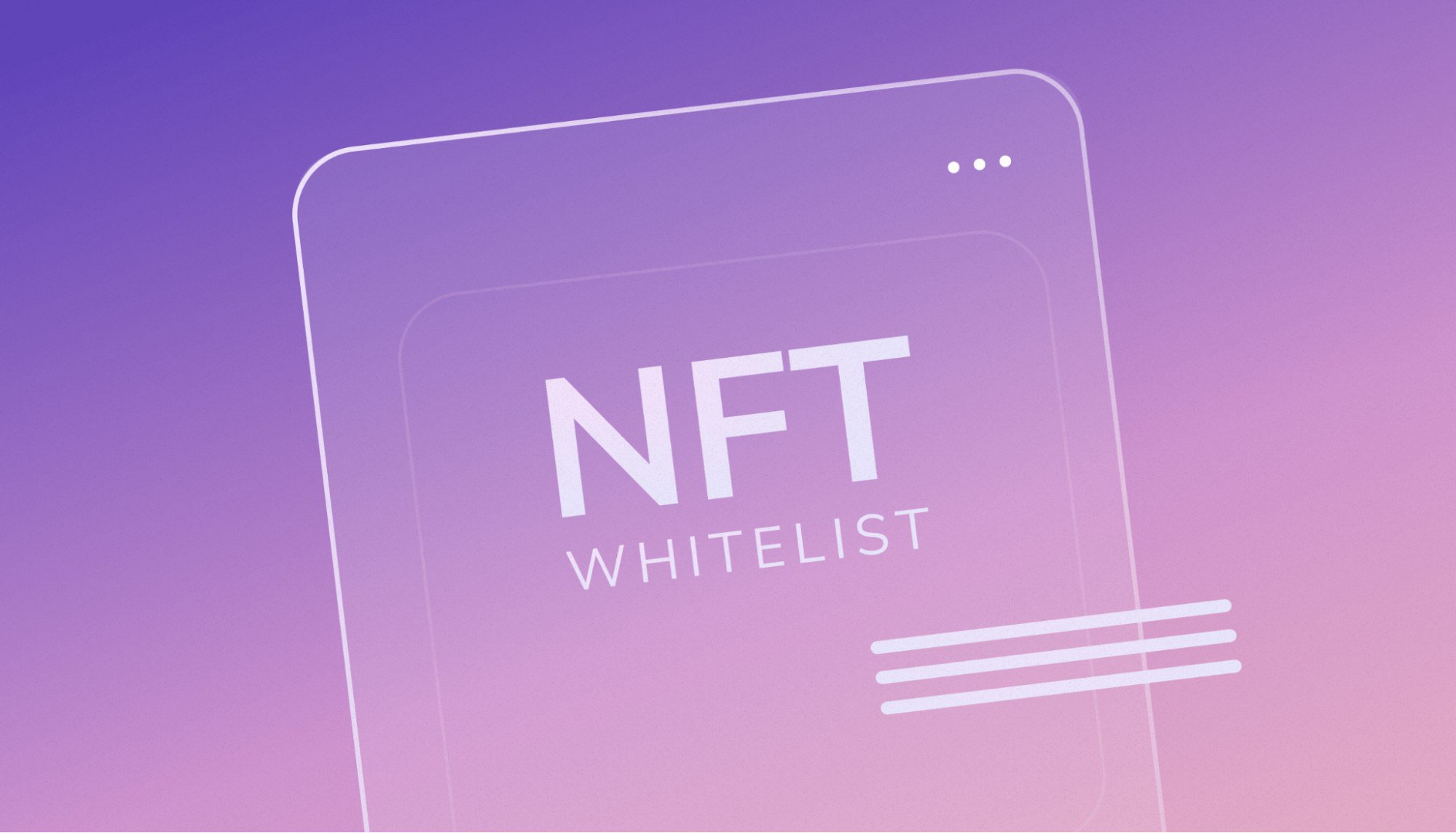 NFT Whitelist: What They Are and How to Join Them

If you’re interested in a new NFT (non-fungible token) project that’s launching soon, you’ll want a chance to buy an NFT at the initial mint price.

The problem is that popular NFT projects can sell out incredibly fast.

Even if you’re online exactly when the project launches, you might not be able to enter your information fast enough to guarantee that you’ll be able to buy an NFT.

Many users clamoring to buy NFTs at launch can slow websites down. That means you’re relying on randomness to get through in time.

You might even get involved in expensive gas wars, which can cost you more than the actual price of the NFT.

What is an NFT whitelist?

Within cybersecurity, a whitelist is a mechanism that allows only pre-approved users to interact with a system.

The default is that everyone gets denied when trying to access the service. That is, unless some identifying factor such as their email address or account appears on the whitelist. If that’s the case, they’ll get access from the system.

In the world of NFTs, whitelisting means that a list of specific crypto wallet addresses has been pre-approved for minting NFTs at a specific date and time.

Most commonly, your public ETH address will appear on the whitelist, enabling you to mint the NFT at or before launch.

Whitelisting is a way of making NFT releases more democratic, fair, and accessible for everyone.

For an example of why NFT allowlists are so important, consider the WaxXed Dogs NFT project, which sold out in just 42 seconds.

Sadly, this is the norm for many popular and high-profile NFT launches. It’s often like a Black Friday sale where everybody is frantically rushing to try and mint their NFT before everybody else.

These launches are often fraught with errors, websites crashing, bots trying to scoop up NFTs faster than humans can react, and other problems that make it frustrating for everybody involved.

If you’ve ever sat online refreshing to get tickets to a big concert or sports event, that’s pretty much what an NFT launch feels like without an allowlist in place.

Thankfully, after learning their lesson from past hectic NFT launches, most large NFT projects now use a whitelist to prevent these issues.

The benefits of being on an NFT whitelist

There are numerous benefits to getting yourself on an NFT allowlist. If there’s a particular NFT project you’re really excited about, you’ll definitely want to get allowlisted to avoid missing out. Below are some reasons why.

Some NFT projects will provide early bird prices to those who show early interest. And some will even give away free NFTs!

This is particularly true for new NFT teams who want to generate a lot of hype for their first release.

Quickly selling out is taken as a sign of a quality and highly sought-after NFT project. So many NFT creators will sell at a discount before the official launch to make sure they aren’t left with extra NFTs that nobody wants to buy.

As we showed with the example earlier, it’s not uncommon for NFT launches to sell out in under a minute.

Not everybody has the time in their schedule (or the desire) to sit around mashing the reload button at a specific time.

Particularly since NFTs are a global market, and an NFT might be scheduled to launch in the middle of the night for your time zone. NFT creators don’t want their fans to be missing sleep and staying up until 3 am for a launch, only for them to be a minute late and miss out.

Whitelists help prevent that sort of scenario. Since only a certain number of NFTs are available, the NFT creator can make sure the number of people on the allowlist doesn’t exceed that amount.

Then people can be given a time range where they can log on and mint their NFT at their own leisure. These time windows can range from an hour to a couple of days.

A gas war is basically a bidding war that can occur in the NFT and cryptocurrency ecosystem.

Only so many transactions can be validated per block, and transactions are prioritized by the gas fees that a user is willing to pay.

You want to guarantee your transaction goes through on the soonest available block, to avoid someone else claiming the same NFT before you.

Most NFTs today exist on the Ethereum blockchain, which can only fit about 70 transactions per block. Even though a new block is validated every 12 seconds or so, it makes a big difference when you’ve got thousands of people queued up for a new NFT release.

This drives people to pay higher and higher gas prices to avoid losing the opportunity to buy or mint an NFT at the current price. Sometimes people can even end up paying more in transaction fees than the actual price of the NFT they want!

When an allowlist isn’t in place, you’ve got to be extra fast to get hold of an NFT at launch before they sell out.

You don’t have as much time to notice little things when you’re in a hurry, which normally you’d be more vigilant about. Like perhaps the URL of the website for the NFT launch is misspelled by one letter. Or receiving an email that looks like it’s announcing the official NFT launch, but is really linking to a scam site.

This can lead to people falling for phishing scams and other traps that they wouldn’t normally fall for.

If you’re whitelisted, you’re guaranteed a chance to mint. You don’t need to scramble to enter your details as fast as possible, so you’re more likely to catch potential scams before you fall victim to them.

If you’re whitelisted and get a chance to buy into an NFT project on day one, there’s more opportunity for you to flip your purchase for a profit.

In most cases, the floor price of an NFT will immediately start increasing after launch. Some people will get whitelisted for NFT projects they aren’t even interested in, simply to make a quick flip and earn a bit of extra money.

However, there’s no guarantee that a particular NFT will go up in value after launch, so this is a risky approach and not a reason we recommend buying NFTs based on.

Like any business, NFT projects value their most supportive fans and customers. In many cases, they’ll show gratitude by giving something back.

This could be an airdrop, where they send free altcoin tokens or even additional free NFTs to the wallet addresses of their early supporters. Or they might provide other exclusive perks, like access to an exclusive Discord server or forum.

How to get included on an NFT whitelist

Here’s how to get included on an NFT whitelist before a launch:

Get on an NFT whitelist today

If there’s an NFT launching soon that you’ve really got your eye on, you’ll want to do everything in your power to avoid missing out.

Getting on whitelists is a key strategy for getting access to the NFTs you want. Whitelists also help you to avoid a lot of the stress and time constraints that'd otherwise be associated with an NFT launch.

If you don’t get accepted for an NFT whitelist, you can always buy an NFT on the open market after launch. But if you’re an early adopter and active in the community for upcoming projects, there’s a strong chance that you’ll be guaranteed a spot.

If you want to be an early adopter of our NFT project, where you’ll get lifetime access to our spatial browser and a unique mouse pointer, read our roadmap and join our Discord today. 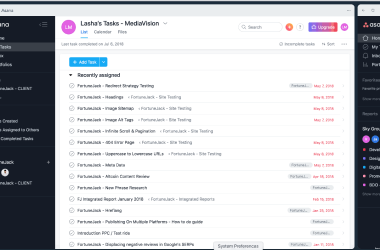 How to access multiple Asana accounts without logging out? 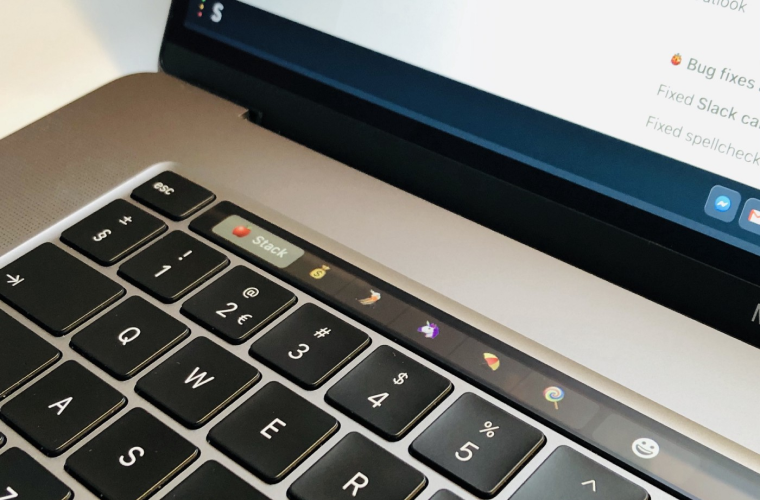