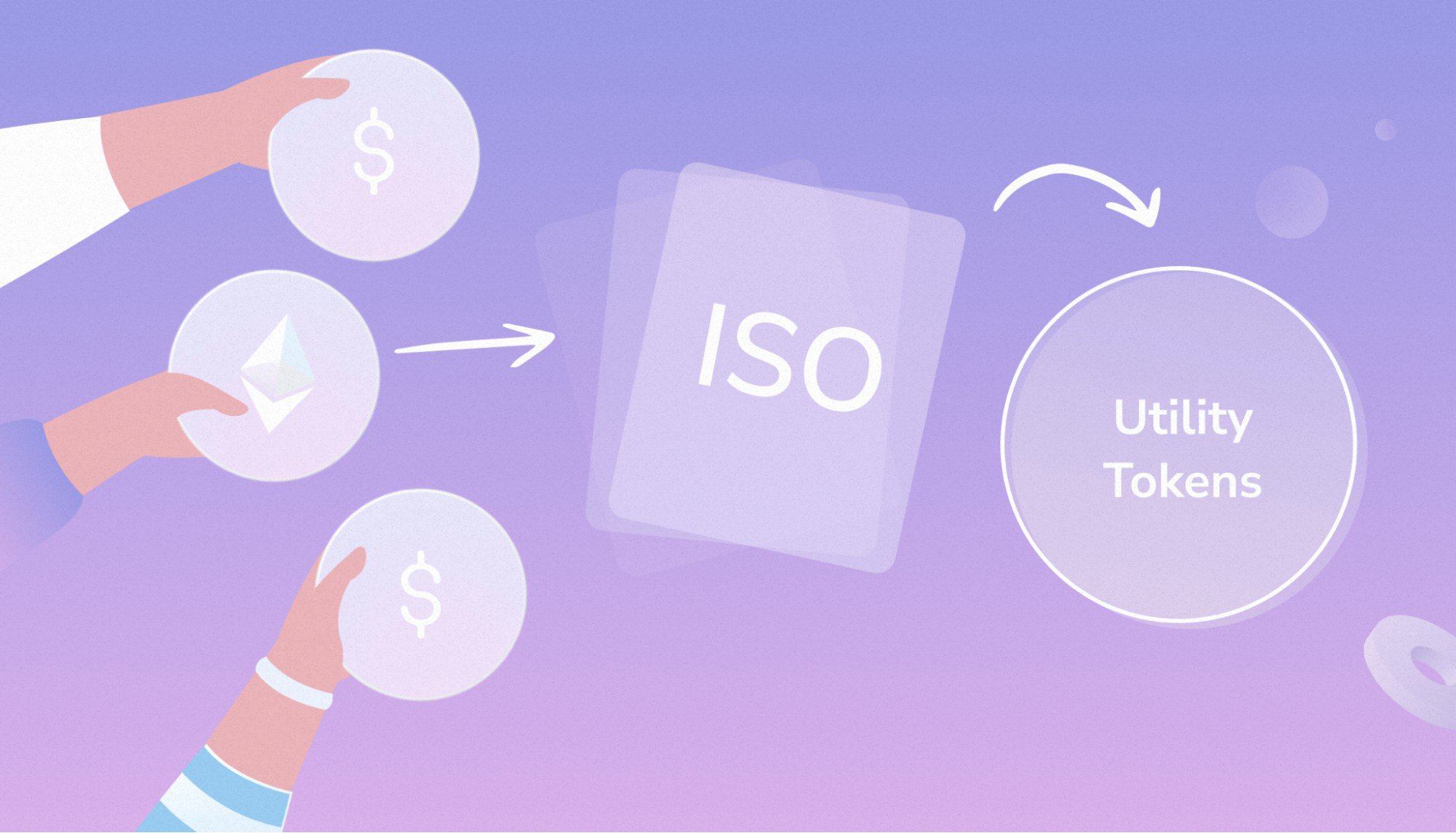 What Are Utility Tokens And How Do You Use Them?

There are a plethora of different cryptocurrencies out there aside from Bitcoin. As an entire group, these are usually called altcoins.

Some altcoins are used as digital money or digital assets. Others seem to have no real intended purpose at all, aside from speculation and taking advantage of the ongoing cryptocurrency craze.

But what if you want an altcoin that has an actual use case?

In this article, you’ll learn exactly what utility tokens are and why you should care. We’ll explain the difference between a utility token and a security token. Plus, we’ll give you a list of some popular utility tokens.

Perhaps most importantly, we’ll take a look at the legality of utility tokens and the potential regulatory issues they face. And finally, we’ll outline some other challenges with utility tokens you should also consider before purchasing them.

What are utility tokens?

A utility token is a crypto token designed to perform a specific action within the blockchain of a certain project.

Different digital tokens have a wide variety of different use cases, depending on the specific ecosystem they operate in and what they were designed for.

One major difference between utility tokens and other forms of cryptocurrency is that they typically aren’t mineable. Most utility tokens are pre-mined, meaning they all get created at once and then distributed in the way the project creators decide.

Utility tokens can help to create an internal economy within a project’s blockchain. They’re commonly sold as a way of fundraising for the startup of a new project. The team behind the project can issue utility tokens to fund the development of their cryptocurrency. Then holders of utility tokens can later use them to purchase a good or service.

It’s important to know what the utility tokens of various projects are and how they perform on their various altcoin networks. You may need to use a utility token to perform a specific action if you want to participate in that project’s blockchain.

You can think of utility tokens as more like pieces of software compared to cryptocurrencies like bitcoin that act as digital money.

Utility tokens can also be used as a way to pay out interest for proof-of-stake cryptocurrencies or reward users in other ways.

It’s also worth noting that NFTs are a type of utility token. What sets them apart is that they’re non-fungible. Every NFT is a one-of-a-kind token that can be differentiated from any other token. In contrast, most utility tokens are fungible and totally interchangeable.

How is a utility token different from a security token?

There’s one big difference between a utility token and a security token.

That’s the fact that security tokens give the holder rights of ownership to a company. In this way, they work like shares of stock in a company, except in a digital and decentralized way.

Security tokens also get classified as securities by financial regulators by the SEC (Securities and Exchange Commission.) That means they’re subject to all the same rules as bonds, stocks, ETFs, and other forms of securities.

But so far, there has been no across-the-board rule that subjects utility tokens to these additional regulations. Although some people fear and speculate that someday they might be regulated in the same way.

People claim that utility tokens aren’t meant to be an investment in the same way as security tokens.

However, there’s a specific set of rules in place to help legislators determine if a transaction qualifies as an investment contract and would be considered a security.

This refers to the Howey Test as laid out by the US Supreme Court.

The four conditions that must be met before something is considered a security are:

If a utility token meets all four of the above conditions, then the SEC would consider it a security.

It's hard to say that decentralized cryptocurrencies like Bitcoin are securities. While there's certainly an investment of money, and it meets the "common enterprise" test, it's debatable if there are reasonable expectations of profit.

Bitcoin and many other cryptocurrencies are designed to be replacements for fiat currency like dollars or euros. And in that case, they wouldn't be considered securities.

Security tokens are different since their value comes from the fact that they’re able to be traded like stocks, and there’s an expectation of profit behind them.

Utility tokens are where things start to get really murky and unclear. Some utility tokens probably should be classified as security tokens, while others shouldn’t.

But not many crypto projects want to be restrained by the burden of regulations and try to fly under the radar. However, this can have serious consequences and penalties if the SEC determines that they are indeed securities. This can even lead to entire projects having to be shut down.

There’s a nearly limitless amount of different utility tokens, with more being created daily. Let’s briefly summarize some major ones. That way, you can see some real-world examples of utility tokens and what they’re used for.

The Basic Attention Token (BAT) is used in the Brave ecosystem. You can use BAT tokens to tip content creators within the Brave browser and any other applications that work with BAT wallets. Twitter is one major example of a 3rd party application that’s integrated with BAT.

Brave also rewards users of its browser by sharing some revenue earned by advertisements with them.

Chainlink is what’s known as an “oracle” or data provider that is used to connect blockchains with external data that’s stored off-chain.

Although blockchains are great at maintaining a secure decentralized digital ledger of transactions, they aren’t great at taking inputs from things happening off-chain. Chainlink helps connect blockchains to external things like fiat and credit cards, scores of sports games, and even the weather.

LINK is a utility token used within the Chainlink system to incentivize node operators. These node operators help to transfer data in and out of the blockchain securely, and they get paid with LINK for their service.

This is different from a lot of tokens you’re probably more familiar with since LINK isn’t designed to be used by consumers for everyday purposes.

Binance Coin (BNB) is used mostly to pay for trading fees and transactions on the Binance exchange. Binance incentivizes users to use BNB instead of stablecoins or other cryptocurrencies by offering discounts.

However, the use case for BNB is expanding, and now you can use it as collateral for loans on some platforms or even use it to pay for goods.

There are a number of utility tokens like Uniswap (UNI) which facilitate decentralized finance.

Instead of having to deposit your cryptocurrency on an exchange to trade it, you can use platforms like Uniswap to instantly trade between different currencies right in your browser.

Users stake their cryptocurrency in Uniswap to provide liquidity for trades. And in return, they’re paid in UNI tokens.

MANA is an ERC-20 token used within the Decentraland Marketplace. It can be used to buy or trade virtual land, digital items, and other goods or services.

ADA is the native token of the Cardano blockchain.

The Cardano blockchain can be used to create smart contracts and decentralized applications. Plus, it allows funds to be sent and received almost instantly with minimal fees.

Cardano’s goal is to solve issues of scalability, sustainability, interoperability, and other challenges that older cryptocurrencies like Bitcoin and Ethereum face. Specifically, the slowing down of networks and high fees as the number of transactions increases.

ADA is used on the Cardano blockchain to pay transaction fees. And ADA holders are paid rewards for staking their ADA.

VET is the utility token for the VeChain blockchain.

It's used to transfer value between decentralized applications that run on VeChain's blockchain.

Issues and challenges with utility tokens

Utility tokens have lots of great functionality, but they aren’t without their challenges as well. Here are some things to consider.

As we alluded to earlier, there are concerns about utility tokens when it comes to the SEC.

There’s a constant threat of government crackdowns, which could result in various utility tokens being labeled as securities. That could scare people away and really hurt the projects.

For a real-world example of a utility token that has run into regulatory issues, take a look at Ripple (XRP).

Most utility tokens would probably prefer to remain unregulated. However, being unregulated comes with its own issues, including scam potential.

There have been many cases of scammers creating tokens and ICOs just to make quick money before vanishing. This is commonly referred to as a rug pull in the crypto community.

Many utility tokens are ERC-20 tokens that run on the Ethereum blockchain. Ether gas fees can be very high, as much as $50 or more for a transaction.

The Ethereum team is working on a solution to help reduce gas prices. But in the meantime, prices may only get more expensive as more people enter the cryptocurrency space.

Can be used for speculation

The sad truth is that while many altcoins are created with good intentions, they often become used first and foremost for financial speculation. Utility tokens are no exception.

It can be hard for people to know how many tokens they’ll need to perform a transaction if prices fluctuate wildly. Some utility tokens fix this by being designed as stablecoins, meaning their price is fixed at a 1:1 ratio to some other asset.

Utility token holders may not get to provide feedback or vote on the project's direction. All of the decisions may be centralized in the hands of founders and developers.

Compare this against security tokens, which act like shares in a company and allow the holder to have a lot more say over the future of the project.

Success is tied to the overall project

A utility token is only useful if there’s a larger project for it to exist as a part of. If a project doesn’t succeed, then its utility token will lose all of its value.

There can also be liquidity problems when a project doesn’t have the funds needed for continued development.

If you’ve ever bought or sold altcoins, you’ve likely owned a utility token without even knowing it.

While some people speculate on utility tokens and trade them with the goal of making a profit, that’s not what they’re designed for.

You can think of utility tokens as the software of a particular cryptocurrency’s blockchain. It facilitates transactions and keeps things running smoothly.

Utility tokens are different from security tokens, which are more regulated by the Securities and Exchange Commission.

One example of a utility token is our Stack NFT, which acts as an ownership deed for the Stack Browser PRO lifetime license and even entitles holders to a share of the revenue from premium subscriptions. 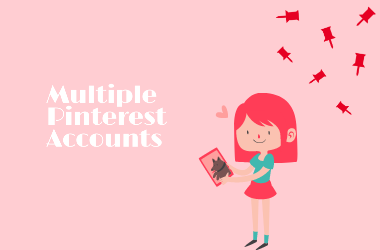 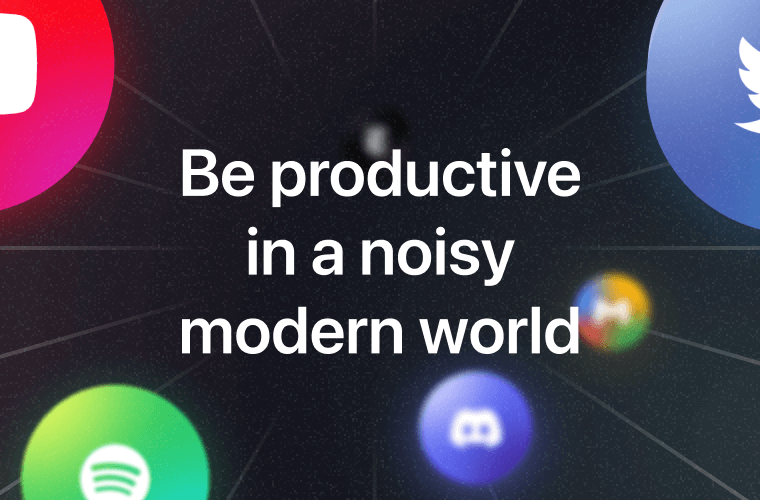 How to Be Productive in a Noisy Modern World

Hey reader,
Grab your spaceship and join the army of Stackers!