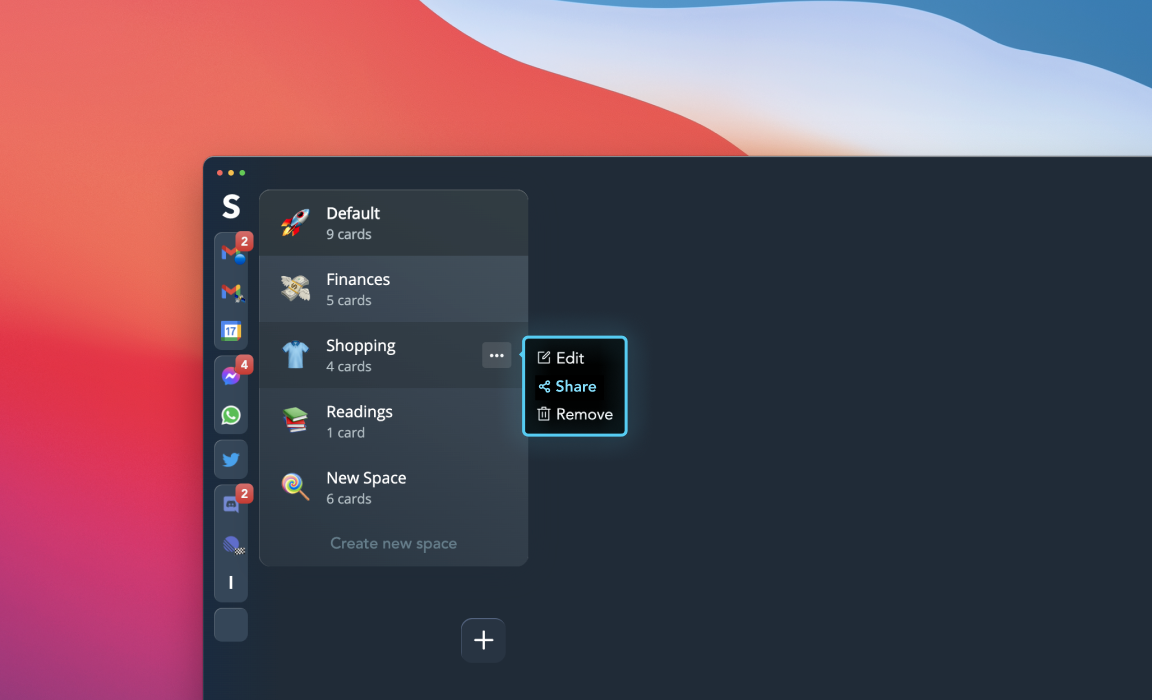 You can now share your space with your friends and colleagues. It is not yet a live-collaboration though. Current functionality is quite simple. If you know someone who you think might benefit having your space, feel free to share.

In the previous update we promised you to continue improving layout management even further. From now on you can drag & drop cards from the spacebar to canvass and vice versa. Also you can re-arrange entire stacks. 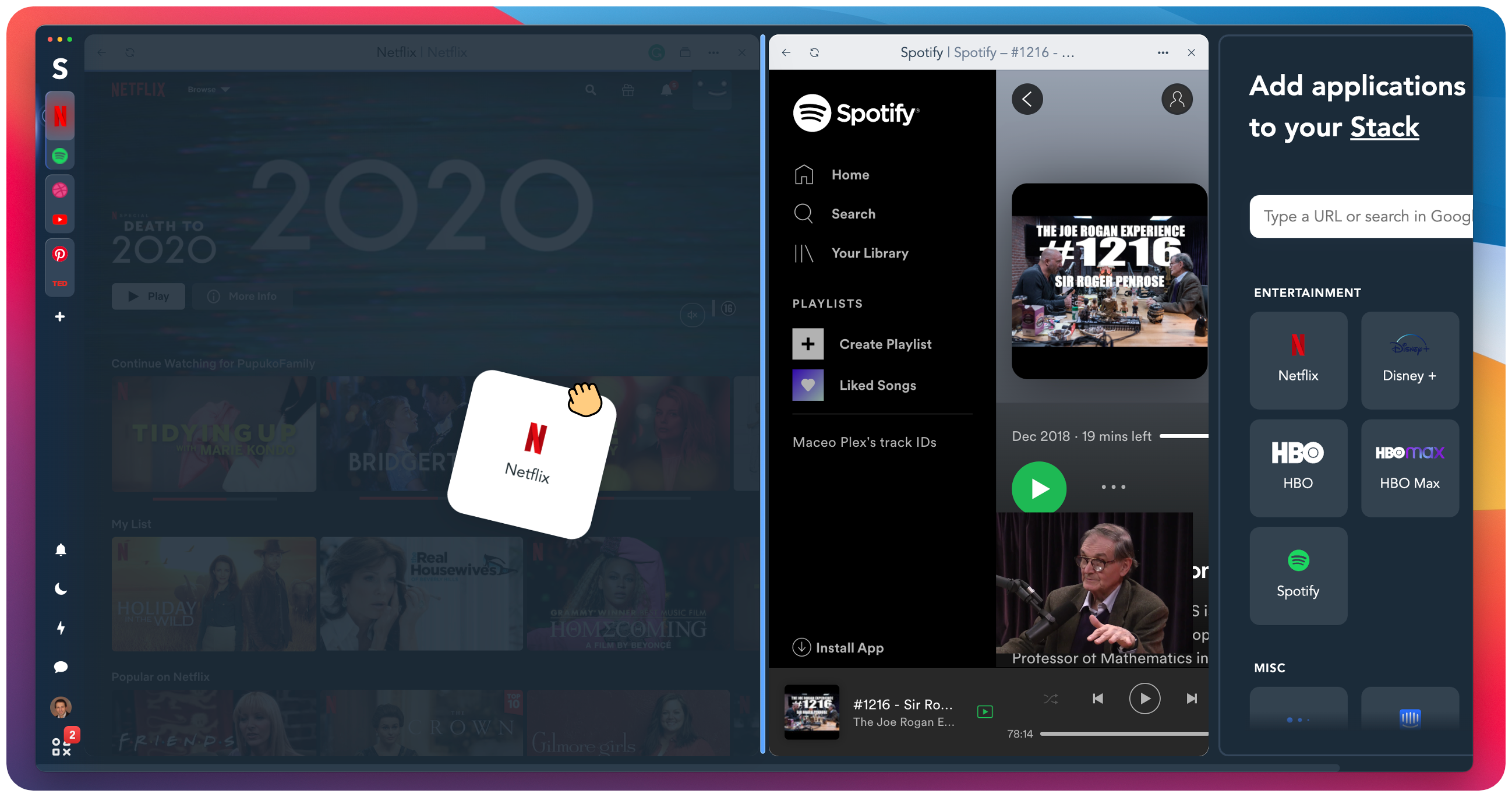 That’s it! The end of 2020 is here! And as planned we are celebrating it by releasing the largest product update to date! So, on top of surviving the craziest year in decades, Stackers do have an important extra reason to celebrate! 🎉

Recognize this message? Stackers tried and failed to reorder cards from the top bar 79,800 times in the last 12 months!

But this is already a past! And check out the video below to see how the future of card navigation looks:

To make card re-arrangement fully functional, in the last two weeks, we had to refactor entire layout of Stack. As a result, we now have not only the coolest card drag & drop, but also clean code, and the capability to swiftly introduce new navigation features on each update.

Hence, coming up next:

And many many more!

Why are we putting so much effort into making navigation the most intuitive in Stack?

Because navigation speed is what we believe the paramount for boosting our productivity. With ever-improving Switch and hyper intuitive navigation functionality, in just a few months from now, Stackers will be the fastest people on the internet!
And we are dead serious about it! 💪🏻

⏯ All Streaming Services are now Supported in Stack

Making streaming services work in Stack was near to being impossible. But for New Year’s Eve, our product team did some magic 🧙🏼And now the third most requested feature, Streaming services, are available in Stack. So, after this update feel free to watch new episodes of your favorite specials on Stack.

💾 You Can Save All Your Favorite Cards too

From this update, you can save your favorite cards and access them with one click at any time. Saving functionality also allows stackers to add emojis to the card logo and rename the app. This comes especially handy when you have opened multiple instances of the same application like Gmail, as well as when searching for the right card using the Switch ⚡️

To make this update happen our product team was working 24/7 for the past three weeks! But still, releasing it would not be possible without the tremendous help from our Discord community!
So the biggest thank you goes to them, and especially to these guyz:

These fellas helped us fully test the update in just 2 days, detected 50+ bugs, and even jumped on short calls. And keep in mind, all this  was happening on December 29–30.